Why would Indian women’s groups who’ve been stridently vocal in their support for one of India’s worst gang rape/sex-trafficking cases, remain mute when an American women’s organization had a key accused in the case, speak at their 2013 global conference?

More specifically —— why would the angry whisperings about this event, among Indian feminists, not be openly expressed? 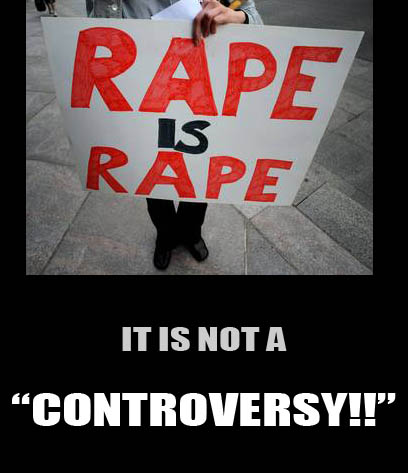 The Suryanelli gang rape case is one of the longest running, high profile rape cases in India, perhaps more so than even the Delhi gang rape case [click here to read about the case].  This is not only because of its brutality, but also because for the Indian women’s movement this case has come to symbolize the patriarchal power structure—of government, police and judiciary—that facilitates rape.  Rape is allowed as a privilege of power.

This however is not a new revelation! For indeed, it is what women’s movements even in the west have long recognized and fought against to stop rape and other forms of violence against women in their respective countries.

So then why did the U.S. based organization, Women Deliver, have the Indian politician, Kurien, a key accused in the Suryanelli case, speak at their conference?

In the hush-hush exchanges among Indian feminists, no one is buying Women Deliver’s off-handed statement that they just didn’t know! This case was much too high profile for that, and a statement like this from a group working with this cause is beyond ridiculous!

More importantly, what is being asked by Indian feminists is what basis was Kurien selected on?

A quick google check on him immediately throws up words like rape and sex-trafficking! Surely, that’s not why Women Deliver thought he’d be an ideal candidate to speak on – on all things – women’s sexual and reproductive empowerment?

This much women in India know – no women’s group in India could have ever nominated Kurien as speaker.  In that case, the question that everyone is asking is who is Women Deliver liaising with in India? Whoever they are partnering with obviously intends to make a mockery not just of the Suryanelli victim, but of Indian women’s fight against systemic rape and violence.

Women Deliver is not telling.  In fact the organization has bent over backwards to protect its trusted partner, to the point it has gone on the offensive against the victim!  In their statement they’ve dismissed the Suryanelli case as a “controversy.”  No apologies, no sympathy, no empathy towards the rape survivor.  It is a language and attitude that American feminists would never permit among their own ranks towards a rape victim in their country. In fact, many western feminists have pointed out even after reading details of this case, that Kurien has not yet been convicted! Really? Would an American feminist organization invite a man accused of gang-rape to speak on women’s empowerment, saying he’s only accused, not convicted?

So what makes Women Deliver think they can apathetically run-over an Indian gang rape survivor like she was nothing more than a road-kill?

This cagey, irregular response has another contention circulating among the Indian women’s groups.  The word is — that not only was Kurien’s invitation intentional, but the intention was to “help clean up his image” particularly in the ‘gender’ department.  This is vital for the ruling political party that Kurien belongs to that’s now thinking ahead to the coming elections in India.

It may sound strange – for why would any women’s organization do this? But there is a good reason.

Over the last decade or so, there’s been an expanding and dubious nexus between NGOs, wealthy corporations, and governments that have created the perfect venue for exactly these kinds of incidents and choices by women’s and other cause related groups.

Western multinational corporations desperately want to break into the Indian market.  What they’ve figured out is that if they put a teeny-tiny fraction of their zillion dollar industry, into women’s, children’s, or other social causes, they can actually buy themselves a human mask to wear over their otherwise publicly mistrusted and exploitative image.

The problem for them is that rape and other forms of systemic violence on women and girls is sustained by the government’s own power structure and hierarchy!  So corporations need to ensure that they keep the Indian government satisfied by ignoring, even downplaying, the system that actually sustains violence!  They do this with the funding leash they have around the ‘humanitarian’ NGOs they finance.

The NGO and often the people running them are like performing monkeys that can always be induced to do a trick or two, like making a man accused of crimes against ‘women’ – appear ‘good’ or at least put him with the ‘good group’ and use language so that even his crime becomes questionable!

Interestingly, representatives of billion dollar foundations like the Gates, Clinton and Bush with a keen India focus, either with corporate (cheap Indian labor, big Indian markets) or political vested interests (as in getting the wealthy, Indo-American causcus’s support) , were among the highlights of the Women Deliverconference.

It is not hard to see how this all works once you look at the whole picture.  The Delhi bus rape victim is an ideal ‘poster’ case for the escalating rape and violence in India.  However there are gang rape survivors like the Suryanelli survivor and the Park Street survivor, who are still alive, who are speaking out, and fighting for justice.  These are cases that have just as high a profile as the Delhi Gang Rape case and even more so.  While the government, police and judicial corruption that played a role in the Delhi Gang Rape case have all but been, downplayed and buried in less than a year, the Suryanelli case, even 16 years on is kept alive and visible by the effort of the victim and her own family, local  women’s support groups and the media.

If global women’s groups and international organizations want to address the issue of rape and violence on Indian women, why don’t they focus on the cases of rape survivors fighting for justice in India?

What makes the Delhi gang rape case so attractive from the NGO and corporate funding viewpoint is that the victim cannot speak for herself.  A dead victim is much easier poster ‘model’ to stage-manage to suit your NGO goals, because you can put words and thoughts on and around her, which she probably might not have used if she could speak for herself.  That is why gang rape survivors who are still fighting for justice, who are battling the system—the government, police and judiciary, and speaking the truths about the system that sustains this violence, are side-stepped by corporate funded global NGOs.

Corporate funded NGOs, take the ‘hearts and smiles’ approach.  They follow the corporate sale ethics and float absurd notions, making them salable and likeable – like ‘one girl at a time’ mantra!  There are thousands of girls and women killed in India every year; more than 50 million women have been exterminated from the country.  Can you imagine if this approach was taken to the Jewish genocide?  Every time a volunteer organization battled odds and rescued a Jew – they had a celebration party and jubilantly told the world this was their formulae for saving the Jews – ‘One Jew at a time?’

Unfortunately when the goals of a cause come face to face with the commercial goals of the corporation that funds it, the cause always takes a back-seat.

The anger in the Indian women’s movement towards Kurien’s invitation therefore points to the larger political undertones that make us feel ‘sold out.’   “I’m so angry! How can they get away with this?” is what many Indian feminists have said to me repeatedly – quietly, in private conversations. 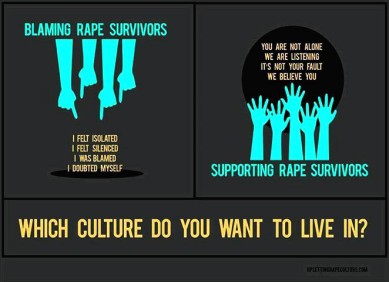 Well, here’s one reason.  When The 50 Million Missing Campaign sent a tweet to high profile American feminist who incidentally has written a book personalizing the ‘vagina,’ she promptly, without even a reply, stopped supporting the campaign on twitter! This feminist was closing ranks with her American sisters regardless of what they had done!

It is this kind of indirect arm-twisting that makes Indian feminists afraid to speak out even for their rights!

If Indian (or third world) feminists don’t toe the line, the next thing they and their cause will be black-listed, and discreetly excluded from global conferences, publications, and even funding houses.

For all our show of cross-cultural sisterhood that fact is that there is a clear hierarchy in the global feminist movement.  It’s dominated, dictated to and directed by prominent western white feminists.

This hierarchy has been challenged by Black and Latino feminists both in the U.S., and globally. Indian feminists have been far more subdued.  Part of the reason maybe that racism is internalized in the Indian feminist movement. Indian feminists, particularly the older generations, are often content to don their saris and jewelry, and play the role of ‘exotic’ Indian cause, where they can rub shoulders with ‘famous’ western feminists at glamorous, corporate funded, highly publicized conferences.  They understand that to continue they have to sometimes compromise on their cause or even their sisters, like their Suryanelli sister.  In fact their gallantry if any, is oddly about defending and/or explaining violence on Indian women in colorful, metaphorical language of culture instead of plain and simple ‘murder.’

Probably this is the reason that Indian feminism has not been able to directly acknowledge how racism compounds violence on women within India itself.

There has been much talk about rape and violence by the Indian military on women in North-eastern India.  But the fact is that women from India’s North East have oriental features, and because of their racial distinctiveness, they face sexual harassment and sexual assault in other parts of India too!

A couple of years ago, after a rash of violent attacks and rapes of North-eastern women in Delhi, I was astonished listening to a panel of feminists on the television, who talked about “cross-cultural” differences (like they were discussing visitors from another planet), and gave a host of  ‘reasons’ for these rapes.  But not once did they acknowledge that these were racist acts!  Till Indian feminists can acknowledge and unflinchingly address this racism by name, we will not have the courage or integrity to address it in context of the larger, global feminist movement.

Rita Banerji is an author and gender activist, and the founder ofThe 50 Million Missing Campaign to end India’s female genocide.  Her book ‘Sex and Power: Defining History Shaping Societies,‘ is a historical and social look at how the relationship between gender and power in India has led to the ongoing female gendercide.  Her website iswww.ritabanerji.com She blogs at Revolutions in my Space and tweets at@Rita_Banerji

LIC to pay up woman 18 years after son died

The volatile journey of Indian rupee since independence

The text of Malala Yousafzai’s speech at the United Nations